Apple is planning to release new Apple Music and Apple TV apps to Windows users, which will run faster and use fewer resources than iTunes. The apps are similar to the versions on macOS, but the interface has been slightly tweaked for Windows.

After installing the new apps, iTunes for Windows will stop working, and a new version of iTunes will be released in the future to keep support for audiobooks and podcasts. 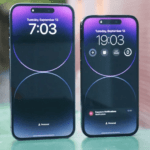